HOW MUSIC AND MEMORY RELATE?

HOW MUSIC AND MEMORY RELATE?

Music has a prominent role in the everyday life of many people. Whether it is for recreation, distraction or mood enhancement, a lot of people listen to music from early in the morning until late at night, especially since the invention of radio and recordings. Because of its near ubiquity, music has been identified as important in the construction of autobiographical memories and thus for making judgments about oneself and others. But which musical pieces do we remember, and how is music related to our memory?

Music has a significant association with our own recollections. Tuning in to an old main tune can take you back a very long time to the minute that you previously heard it. A recent report done by psychological neuroscientist Petr Janata at the University of California, Davis, found a potential clarification for this connection among music and memory by mapping the cerebrum action of a gathering of subjects while they tuned in to music.

Janata had subjects tune in to portions of 30 distinct tunes through earphones while recording their cerebrum action with utilitarian attractive reverberation imaging, or fMRI. The melodies were picked haphazardly from “top 100” graphs from years when each subject would have been 8 to 18 years of age.

After each selection, the subject was asked to answer inquiries about melody, including whether the tune was well-known, agreeable, or connected to a particular personal memory.

These discoveries were bolstered by a prior examination, where Janata found this exceptionally same district of the mind was dynamic in following tonal movements while tuning in to music. This music-following action turned out to be considerably more grounded when a subject was tuning in to a tune related with incredible self-portraying recollections.

Along these lines, Janata portrays that tuning in to a bit of natural music “fills in as a soundtrack for a psychological motion picture that begins playing in our mind,” getting back to back recollections of a specific individual or spot.

Melodic sounds, similar to every sound-related sign, unfurl after some time. It is, consequently, vital for the sound-related framework to incorporate the successively requested sounds into cognizant melodic discernment. This arrangement to-parallel change can be viewed as a component of working memory, which incidentally stores sound-related units and joins them into a solitary percept, (for example, a sound example, cadence or tune). Strangely, there is by all accounts a high level of cover between working memory for melodic upgrades and for verbal boosts, as has been appeared in ongoing working-memory tests. 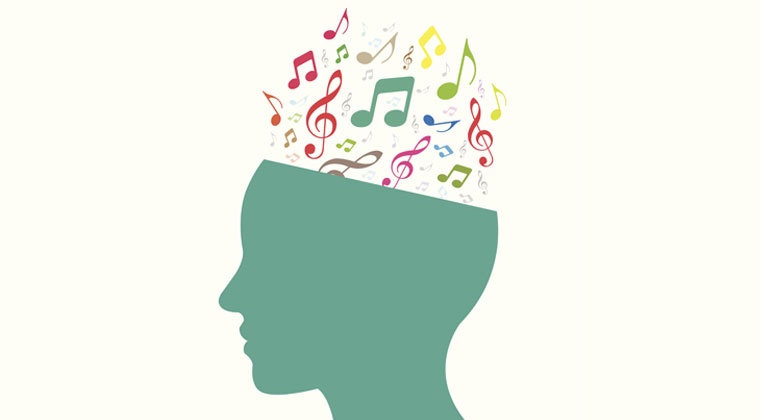 This may be one reason why artists will, in general, demonstrate a marginally prevalent verbal working memory – at any rate in tonal dialects, for example, Chinese. As of late, Slumming, and so on found that in artists, contrasted and non-artists, there is a progressively dim issue in the piece of the frontal cortex known to oblige neural systems that are associated with a few significant working memory forms. One may hence presume that a sort of positive exchange between melodic execution and verbal memory capacities happens; as such, that the way toward learning music improves the learning of verbal assignments.

Another recent study examined the memories and emotions that are often evoked when hearing musical pieces from one’s past. In this experiment, subjects were presented with a large set of short musical excerpts (not longer than 30 seconds per excerpt) of past popular songs.

Using a set of newly designed questionnaires, the authors found that, on average, 30% of the presented songs evoked autobiographical memories. In addition, most of the songs also evoked various strong emotions, which were mainly positive ones such as nostalgia.

These results are consistent with the broader literature in which enhanced recall is observed for both positively valenced (intrinsically pleasant) and arousing (stimulating) events. Thus, positive emotions and high arousal levels that are associated with specific events act as a memory enhancer for these particular events.

In the context of associative memory models, this memory-enhancing effect of emotions and arousal can be explained as a strengthening of the associations between the memories due to strong emotions and to arousal.

Until recently however, no study has explicitly examined whether emotional valence or arousal are correlated with musical memory.

In a recent paper published in BMC Neuroscience, Eschrich and colleagues  investigate whether musical pieces that induce high arousal and very positive valence are remembered better by non-musicians than unarousing and emotionally neutral musical pieces.

To examine these questions the authors designed a behavioral memory experiment composed of two sessions. In the first session (the encoding phase) the subjects were exposed to 40 musical pieces, each lasting 20–30 seconds. One week later, in the recognition phase, participants listened to the 40 old musical excerpts randomly interspersed with 40 new excerpts and were asked to make a decision about whether each one was old or new, and to indicate the arousal level and emotional valence of the pieces.

The musical stimuli were selected from a larger data pool by musically trained raters and comprised symphonic film music by various composers. From the old/new decisions of the participating subjects, the researchers calculated recognition scores and demonstrated that musical pieces that were rated as very positive were recognized significantly better than those rated as less positive. Arousal ratings were not predictive for recognition performance, meaning that only emotional valence is related to musical memory.

A further piece of this trial was intended to evaluate whether distinctive mental conditions present during the encoding stage may have an impact on melodic memory execution. For this, the creators partitioned the subject example into two gatherings: one required to pass judgment on valence during encoding (the feeling gathering) and the other required to assess the length and general din of every melodic boost (the time-estimation gathering).

In rundown, the investigation by Eschrich and associates is steady with the remainder of the writing on feeling as a memory enhancer. The epic part of this examination, be that as it may, is the finding that melodic memory is firmly identified with the appraised engaging quality and not to the accomplished excitement of the melodic piece.